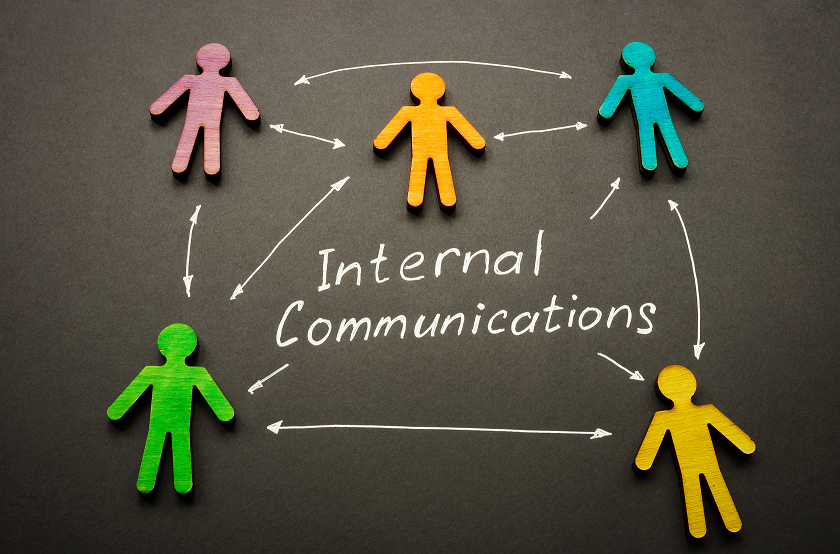 ‘What really matters is what’s on the inside.’ It’s a phrase which is often used to warn against superficiality. But it is also very relevant when thinking about organisations, the crises they may face, and their communications before, during and after such events. Specifically, it reminds us of the multi-faceted importance in such situations of effective internal communications and employee engagement.

Internal comms, sometimes known simply as IC, is a discipline often ignored or misunderstood, even after the extra prominence it gained during the Covid-19 pandemic. Here’s what you need to know:

Why is internal comms so important?

There are two fundamental reasons why employee communication is an important part of crisis preparedness.

Firstly, effective internal communications create a company culture and a work environment in which your employees feel safe to express concerns. The role of internal communications is not just one of broadcasting, that is to say finding the best way of delivering messages and campaigns internally. It should be a two-way street, encouraging your team to discuss issues affecting the company, share their thoughts, and to feel part of a community.

(This said, don’t make it too easy for your staff to broadcast their every thought to the rest of the company; nobody wants to accidentally be cc’d on emails about lost property or a sandwich which went missing from the fridge.)

In an organisation with a strong culture of sharing and feedback, an employee is more likely to be confident that they will be supported and listened to if they flag a hypothetical threat, a safety concern or an emerging problem. Such environments are ones in which crises can be nipped in the bud or avoided completely.

The second reason is that it is vital to have tried and tested mechanisms for reaching your team. Whether that is email, mass text message, internal social media, information cascades, face-to-face or virtual meetings, tannoy announcements or printed notices in particular locations, it’s important that these internal communications strategies are well-rehearsed. When a crisis hits, and you begin producing and delivering key messages, you need to know that these are being received and attention is being paid to them.

In all cases, you risk having many employees unaware of the unfolding situation, unaware of what to do next, and unaware of what to say, and not say, to the enterprising journalist who has just walked into their shop or found their phone number. In addition, you risk staff feeling isolated and irritated because they feel their company hasn’t kept them in the loop.

The first rule of internal communications is to remember that anything you say internally, has the potential to be shared externally. In an ideal world, you will have a company culture which means that something considered confidential will never be leaked to the media. But of course, we do not live in an ideal world.

This does create a dilemma in a crisis situation. Your staff will want to understand a situation in full, and will resent it if they feel like key information is being withheld. It’s important to consider on a case-by-case basis how much detail staff need to know, weighing this up against the risk of that information spreading externally. One way around this issue is to ensure there is a clear focus on forward-facing the ‘what’s next?’ and ‘what does this mean for me?’ in crisis-time internal messaging, rather than focusing on what has already happened.

Speed is also really important. If you don’t have the aforementioned tried-and-tested internal communications mechanisms, then your staff may be learning about a crisis on BBC News before they’ve heard anything about it from you. This is likely to be unsettling, and may make your employees feel like you’re in a reactive mode, chasing the issue, rather than being proactive. Even then, communicating late is certainly better than not communicating at all.

In addition, make sure that you follow up your initial communication with further updates later during the first day of the crisis, the day after, and/or in the following days, as appropriate. Don’t leave your people feeling stranded.

It’s vital to ensure your internal communications are inclusive and available to all. By ‘inclusive’, we of course mean this in the sense of being accessible to those with sight loss and/or hearing loss; anyone who cannot read (a more common issue than many employers realise); those whose first language is different from that spoken by management; and anyone who cannot get to a physical location where information is being shared.

But it also means much more than that. Think about time difference; working patterns; working locations; people who are on holiday or who are off sick; people who work part-time; people who are freelancers, contractors or suppliers rather than staff, but who would expect a similar level of communications; people who aren’t permanently at a desk; those who have only just started at the company or are still working their notice and due to join shortly. It’s no good if internal communications in a time of crisis only reach those colleagues who are in 9-5, desk-based, head office roles.

This all goes back to the previous point about ensuring your internal communication channels are well-established during a stable time, before they are needed in a difficult one.

Another attribute of good internal communications is that it is purposeful. A lot of PR and communications, whether in a time of crisis or another moment, fails the ‘why are we communicating this now?’ test. Often, people feel obliged to have a Twitter account because all their competitors do; they publish a weekly newsletter from the CEO because their CEO wants to do it; or they record masses of video content without thinking where they’ll use it. In all cases, they aren’t really sure what the actual purpose of this communication is, or how it supports operational requirements or business strategy.

Think about what your internal communications provide your teams. Whether they are line managers, directors, or in any other position, your employees never specifically ‘want’ or ‘need’ a blog or a video or a newsletter per se. What they do want is clear information, guidance, hints and tips, and so on. And in a crisis situation, they want to know what is required of them, how they can help, and what to do if things get worse.

That said, we’ve already looked at the importance of testing your communications channels before getting to a crisis situation. As such, it is probably better, on balance, to send some slightly dull internal comms in the names of testing the channels, rather than holding back.

An organisation which has invested time and effort into creating an effective internal communications strategy is one which has made itself better able to withstand a crisis. It’s easy to ignore IC, but the healthier this function is during normal operations, the more likely it is to be a lifesaver when challenging circumstances arrive.